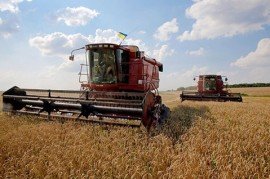 Ukraine does not possess large oil and gas supplies but Ukraine can really feed with foodstuffs itself as well as other countries. The natural conditions are such that Ukraine can allow itself to grow large agricultural crops, rear cattle and produce other foodstuffs. As of 2013 Ukraine is in the top ten of the largest grain producers in the world. It takes the 3rd place in the maize production and -– the first place in the sunflower oil production. It is in the top five of the world leaders in the egg production. And this is just the beginning. Ukraine can in time become the world leader in the meat production, especially poultry; and also considerably increase the production of vegetables, especially potato and tomato. Ukraine is just beginning to reveal its agricultural potential. 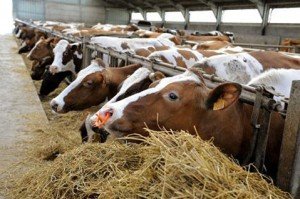 At the moment Ukraine and China are planning to sign an agreement on cooperation and trade which will enable it to simplify the sales of foodstuffs to China. This year Ukraine has already supplied approximately 2 million tons of maize to China and it is going to supply the same amount by the end of the current year. In the future it is expected that starting from January 4 2014 Ukraine will be able to export meat to Chine after the harmonization of standards and the labeling of Ukrainian products. In prospect the export of forage to China (barley, oat) is also considered as well as the export of ready products such as confectionary and dairy products, although the standards of such products must be agreed upon. That is why the Ukrainian side seriously hopes that the trade agreement with China will simplify bureaucratic obstacles for the supply of produce to China from Ukraine. 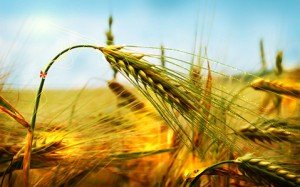 However, Ukraine does not intend to be exclusively orientated towards China. At present Ukraine is a large supplier of sunflower oil to India. It is expected that in time the supply of poultry and ready confectionary to this country will also grow. There are good agreements on the increase of the Ukraine’s export of foodstuffs to the countries of the Middle East, in particular Iraq, Saudi Arabia and Oman. Ukraine is growing the supply of forage grain and wheat to Saudi Arabia. And the first shipments of vegetables were dispatched to Iraq from Ukraine this year. Turkey, Ukraine’s old business partner, purchases foodstuffs in Ukraine and this kind of export is likely to be only growing.

Ukraine’s associate membership in the EU first of all must enable the harmonization of standards for Ukrainian products. And this, in its turn, will remove certain distrust to Ukrainian foodstuffs in the world market. It will be easier for Ukraine to look for new buyers in the world market if the buyers know that the products meet the EU standards. That is why it becomes possible in prospect to talk not only about the growth of the Ukrainian export of foodstuffs to Asia but also to the EU countries and America as well. Why can Ukraine really not become one of the world players in the market of foodstuffs? It would be beneficial for both Ukraine and the EU as its partner.